Suicidal Angels' 7th full length album is due out on August 9th !!

ΜASSIVE NEWS!
Suicidal Angels are pleased to present you with the title, cover and tracklisting for their awaited 7th album!
Τhe Waiting Period is OVER!
"Years of Aggression", is due out on August 9th on our long partner NoiseArt Records.

The band states:
"Years of Aggression on this bloody ground, but we are born of hate! 3 years after the release of “Division of Blood”, extensive touring and numerous festivals, the time has come to return with a new album! Stronger than ever, we present you the cover artwork of our 7th studio album called “Years of Aggression”, created once more from the almighty himself, mr. Ed Repka. Stay tuned, stay focused, more and more are yet to come and remember, for those who try to take you down, we were, we are the fire and still burns!!”

"Years of Aggression" was Recorded on August-September 2018 at Soundlodge Studios in Germany (Drums) and Zero Gravity Studios Greece (Guitars,Bass, Vocals). Nine songs, driven by irrepressible rage, were finally mixed by Jens Bogren at the Fascination Street Studios in Örebro, Sweden, and mastered by Tony Lindgren. Various physical and digital formats will be available and additional details will be announced in the coming days. 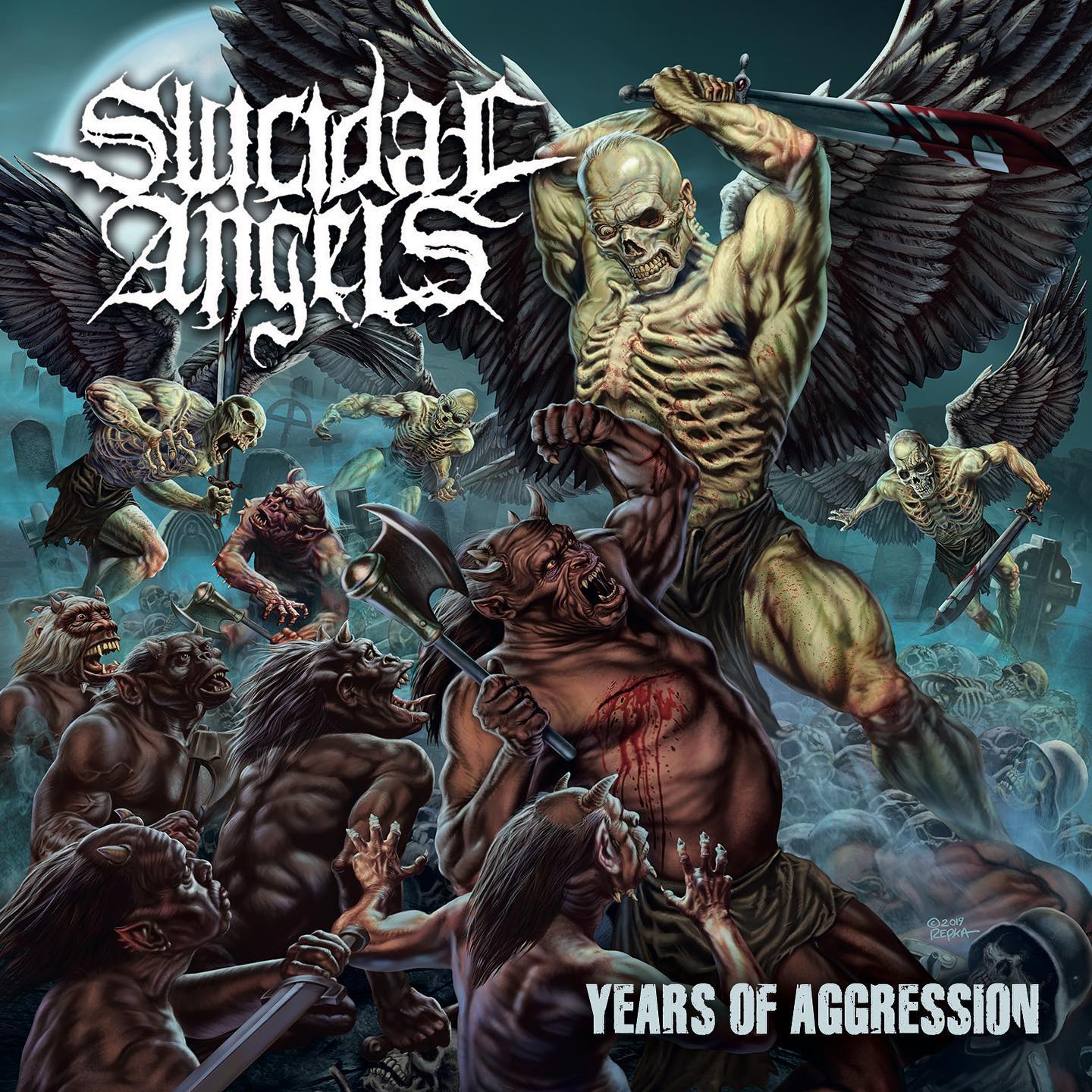